The life of a manager/business leader certainly has its benefits, but there are downsides to being a leader too. Not long ago, I received an email from someone who had served on a large project with me. Their recall of my role was, let’s say, less than flattering. 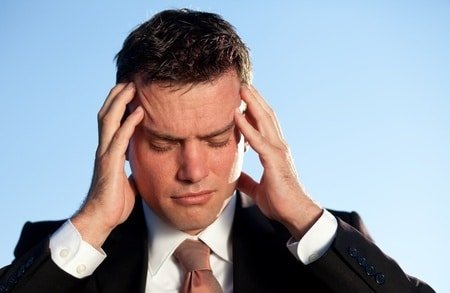 The project was a large one. We started with a team of 457 professionals and grew it to over 700 before the project ended. I was the overall lead executive running the show. The effort called for organizing 9 different work teams, handling 9 distinctly different focus topics and work plans. In the middle of it was a just-in-time software development project that would have been a big enough challenge all by itself.

The work was spread coast to coast in 4 large work centers. To say we had occasional personnel problems would be an understatement.

My duty to lead and manage this group was a really big challenge. Thankfully, I had a close, but small support staff with me. My deputy, second in command, became my traveling problem solver.

Back to the Email Message

The person who wrote me the email said he did recall my presence on the project, but called me one of those “stiffs” who sat in the glass offices and didn’t come out much. While some may say I fell short in a few areas during that project, getting out and around to the work teams was not one of the failings. In fact, my support crew saw me early in the morning then seldom saw me until late in the day.

Why? Because I was moving from team to team, meeting to meeting, or training to training, dealing directly with the teams and their unit managers. I was as much cheerleader for the vision of the project as I was operator and executive.

Frankly, I am proud of the project and the team we recruited. I met some amazing professionals who worked tirelessly to accomplish our goals, all under a tight time clock of deadlines and deliverables. The fact that some who were present either didn’t see it this way or have their own different opinions are just reality.

I am a Realist

If I’ve learned much of anything in my years as an executive, I’ve learned you have to be real about people’s expectations. You will never win them all. I am convinced that if you recruit three people to be on the same team, you will find one negative Ned or Nelly. Heck, this can even happen just hiring two people.

The Challenge as a Leader is Threefold

First, you must do the best you can at recruiting and selecting people for your team. For a small business, this can be the most difficult challenge an owner undertakes. It is certainly true in big business too. You will not win them all here either, but you can do things to make better selections through detailed screening, background checks, and by giving practical tests to applicants.

If you have specific skills you need to be performed, you have to test for those skills. The “soft stuff” like customer service can be a bigger challenge. After all, people have learned how to ace interviews and smile pretty. Yet, once they land, you can only wait to see whether they fit correctly into your roles and execute on the duties?

Next, you must equip them to win. As a leader, you must impart the best information you can provide to help them understand the job, the requirements, and winning factors that work for the specific need you have them fill. That is on you as the leader to provide this understanding.

As soon as an employee demonstrates an unwillingness to embrace the framework and perform against the standards, you need to begin remediation actions. Whether that is retraining, reassignment, relocation, or removal, the manager must move swiftly to eliminate the lingering impact of an underachiever.

Lastly, there will still be those who hate your leadership. Regardless how much you work to win the hearts and minds of your team, you will have some who don’t get it. No leader anywhere should expect of themselves the ability to win everyone over. There are just enough personalities in this world to occasionally find the ones who don’t mesh well.

I like to say it’s not right or wrong, it’s just different. When you identify the difference, you have to accept it for what it is.

Don’t Beat Yourself Up

On occasion when you get some really negative feedback from a former employee (or current one), take it with a  grain of salt. They pay you the proverbial big bucks to have the thick skin to take it.

If there is substance in the feedback, embrace it. Use the input to improve your leadership skills. However, when you know you gave it your best shot, proven by the feedback from those who mattered at the time (your client, your boss, and the team around you) forget about the Hater. Haters will hate. That’s what they do.

Be bold. Be strong. Don’t let one loud voice drown out your ability to make a difference for everyone else.

Oh, by the way. After over 30 years managing and directing thousands and a current day social media following of over 200,000, I’ve gotten two such letters in four years.

“Not bad. Not bad at all.” (President Whitmore –  Independence Day)

2 thoughts on “Leaders: Having Haters Hate”