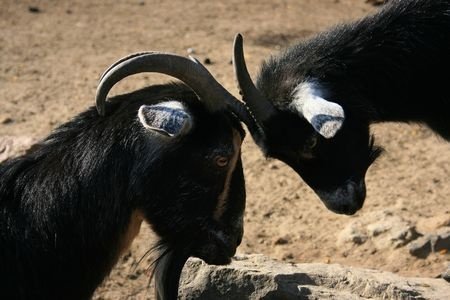 Here’s a scenario. A problem has been brewing for months. You wish it would go away, but it is quite apparent it will not.

The stage is set for confrontation, something most of us do not enjoy.

Since we fear the damage to relationships and the potentially distasteful consequences, confrontation is usually something we go to great lengths to avoid.

While the reaction to confrontation is a common and natural human trait, here is some surprising news about the benefits that this experience can bring when approached in the right spirit, with the right motivation.

Motivations and Methods for Confrontation

1. Make sure the confrontation involves the violation of a clear standard of conduct or principle. If we seek to discipline someone over a matter of personal preference, then our encounter is nothing more than assertion of our rights.

Confrontation should never be pursued as the whim of a capricious personality.

It is also wise to pass over occasional, minor faults, focusing rather on sustained, conspicuous infractions.

Rule breakers at work need to be disciplined (assuming the rules are clearly stated workplace standards). However, husbands who cannot lower the toilet seat may need a different kind of encouragement.

Discretion is the key to effective use of outright confrontation.

2. The goal must be correction, not condemnation. The Golden Rule says we should treat others as we want to be treated. We all make mistakes at one time or another.

When asserting confrontation, avoid strife and anger. They only hinder restoration.

3. For the majority of cases, confrontation should be executed in private. Don’t seek to embarrass the offender, but work to gain their trust.

The news of the confrontation should not travel through social media either. It should always be a personal and private matter.

4. Don’t expect the process to be pleasant, but rather focus your attention on the long term results.

Confrontation is painful. There may well be hard feelings. Your relationship may be adversely affected. But if your motivation and method is well meaning, the outcome can eventually be positive.

Giving and receiving correction and discipline are a major part of development and maturity. Used correctly, confrontation can be a positive tool for refining lives.

“The ear that hears rebuke will be counted among the wise. He who disdains instruction despises his own soul, but he who heeds rebuke gets understanding.” Proverbs 15:31–32.

As a manager, you face the occasional need to confront someone on your team. By using these 4 principles, you can minimize the negative aspects of the moment while increasing the likelihood of a more positive, long term outcome. Assuming you follow these practices, any employee who repeatedly refuses to respond to the corrections may likely need to be released. This is an unfortunate truth.

However, following these methods will help you grow the trust within your team while you restore and renew the individuals who may be the subject of your correction.

[reminder]Tell me about a time when you had to make a correction via confrontation.[/reminder]