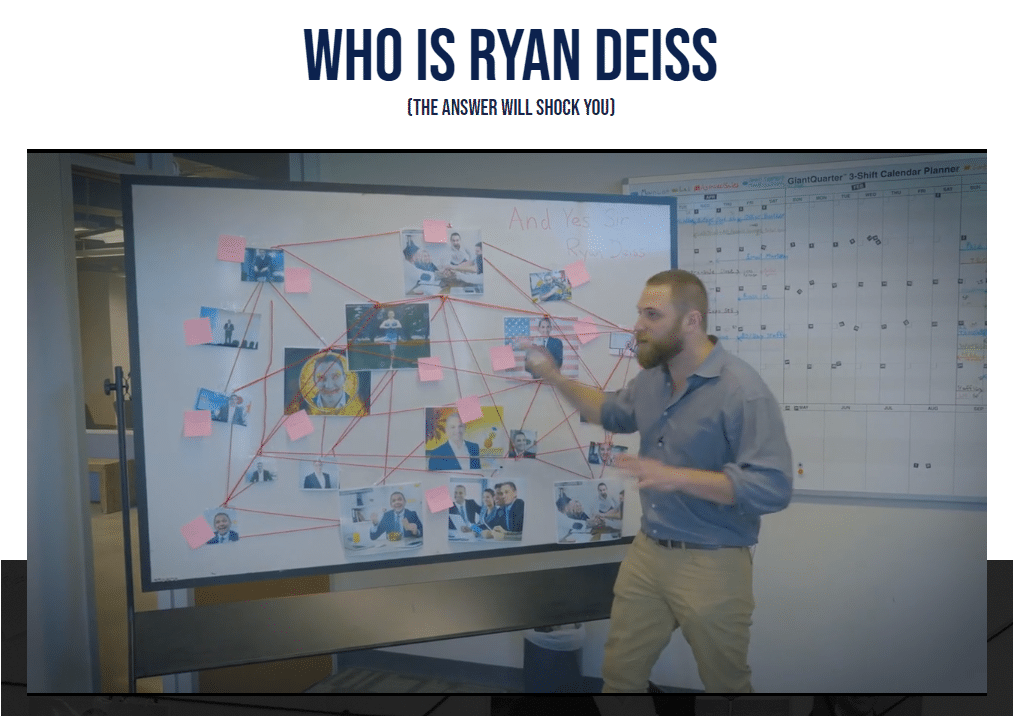 Yes, I’ve seen my share of clever prank notes and ruses to get me going today.

HOWEVER…. One stands heads and shoulders above them all.

Marketing guru Ryan Deiss, of Austin, Texas, wins the world championship in my book. I’ve known Ryan for several years. As I began building my blog, I joined his Digital Market programs and found tons of valuable material.

Color me curious when bright and early this a.m. I get an email announcing “RYAN DEISS IS FAKE!”

It goes on to share a video blog about researchers uncovering secret truths about his existence. Some even point out false credentials from the University of Texas “calling the registrar and finding no such name on record.”

I knew it was April Fools Day, but I admit this one had me going, given the professional look and feel. And the extent of the effort. Well, sure enough, it was a prank. But what a great idea.

I haven’t seen his web hit rates today, but I’m guessing even his numbers are off the chart. Just brilliant.

Now, here’s my question to you. How do you feel about such a tactic? Pro or schmo? Leave a comment.