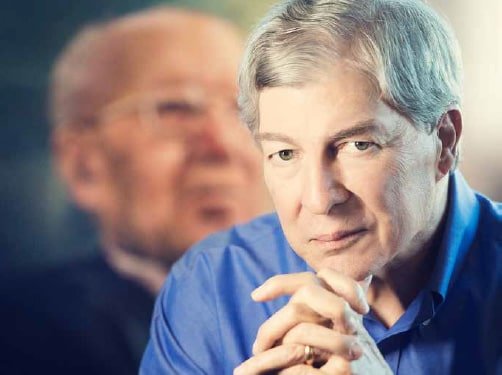 Busy professionals seldom think about the total impact of their lives until they get to an age where the end is near. When your own mortality becomes a reality, you begin to think in terms of changes you want to make to move from success to significance.

Younger adults don’t think about this much. After all, in your 20s and 30s you feel invincible, right? I know I did.

In 1995, a very successful businessman named Bob Buford wrote “[easyazon_link keywords=”Halftime” locale=”US” tag=”thredoth-20″]Halftime[/easyazon_link]”, a best-selling book that came out of his desire to find fulfillment in the second half of life. The second book in 1997, “Game Plan” continued the sports metaphor, but presented practical ways to go through the process to make a change. His writing in this two-book series was a life changer for me.

The attention from these best-selling books led to the founding of the Halftime Institute.

Bob suggested that our lives can be viewed as a football game. In the middle, there is a halftime, where the teams retreat to their locker rooms. Depending upon the results of the first half of the game, they make adjustments to their plans for the second half. If you are winning, what can you do to keep the lead and finish the game as a victor? If you are behind, i.e. not getting the results you hoped for, what can you change to have a more significant second half?

Buford’s thinking was that we all go through our careers striving for success; climb the ladder, get the next raise, get the promotion, do the next big deal, and so on. Yet at some point, there is a time when we realize there is much more. The ‘much more’ is not about a bigger bank account, but rather about making a difference in the world around you.

Buford proposes taking a halftime break. Be introspective. Take note of your current circumstances. From that vantage point, you can make decisions about the things that have genuine value. You can reset your life priorities.

Right now you may be saying “Well, that would be nice but I have bills to pay, payrolls to meet.” Yes, you do. But to what end? What is it all about? Are you creating a legacy for the time you spend here or are you just turning the wheel?

Buford, born September 16, 1939, in Okmulgee, Oklahoma, achieved considerable financial success as CEO of Buford Television, Inc., a business started by his mother. It had begun with a single ABC affiliate in Tyler, Texas. It grew it into a network of cable systems across the country. In 1999 Buford helped sell the family business interest in order to create philanthropic initiatives designed to serve churches. He often joked that he hoped the last check he wrote just before he died would bounce—because he had given away the last of his millions.

Buford’s awakening to this halftime thought came as the result of a tragic family accident. His son drowned during a rafting trip. The grief and ensuing recovery spawned his search for purpose and significance after losing his son.

In 1984 Buford—at age 45—and Fred Smith, Jr. started Leadership Network, along with Gayle Carpenter, as a way of trying to help the newly emerging wave of pastors who were breaking worship attendance barriers of 1,000 and sometimes 2,000 or more.

During his business years, Buford had spent countless hours talking with and seeking guidance from Peter Drucker, the father of modern management, and he now tapped into Drucker’s guidance for how best to frame Leadership Network. He later remarked that Leadership Network would not be the same—in fact, might not exist at all—were it not for Peter Drucker. (Buford later developed that 23-year mentoring relationship into a book, Drucker and Me.)

I share this back-story on Bob Buford for two reasons.

First, Bob Buford passed away recently at age 78. He had made a very valuable shift from his business success to use his God-given skills and experiences to influence millions of others through his life work. His inspiration to teach people how to make the shift, moving from success to significance, changed so many lives. It certainly changed mine.

More importantly, I share this to encourage you to begin your halftime. Your current age is not a factor. The purpose you sense in your life is. If your purpose is unclear or forgotten in the day to day battle for achieving success, stop. Take an inventory. Do a self-assessment.

You can write a new game plan. I help clients do this. Making a new plan for your journey in this world can be a life changer. You don’t need to have amassed great wealth to do that.

Once there was a lady attending my career transition organization. To that point, her career had been working as a hotel housekeeper. While she took pride in her work, she knew there was something missing. Through a series of meetings and coaching sessions given by my group, she devised a whole new vision map for herself. She stopped coming to our meetings. I was concerned she had lost hope.

About six months later, I received a copy of the vision board she had crafted from our workshops. Everything on the board was marked complete. She informed me she was the happy owner of a restaurant in her hometown, offering country-style food to the locals along with a charity kitchen on Sundays for the homeless in her town. The change to significance had begun. You can make the change too.

1. Build on the islands of health and strength.

2. Work only with the receptive and only on what’s trying to happen.

4. Who is our customer? What does the customer consider value? What is our business?

5. Giving is not a result— changed lives are.

6. The fruit of our work grows up on other people’s trees.

7. The entrepreneurial-style leader is where the leverage begins.

8. The essential ingredient for success is a steady stream of innovation.

9. Leaders –  It’s your job to release and direct energy, not to supply it.