Here’s the View from My Seat on the Bus

Managers at various levels struggle with common issues. Regardless of the industry where you serve, leadership challenges are very similar. There are some common themes I see played out time and time again. This article will explore those themes. But first, a story.

Once upon a time, there was an old man who used to go to the ocean to do his writing. He had a habit of walking on the beach every morning before he began his work. Early one morning, he was walking along the shore after a big storm had passed and found the vast beach littered with starfish as far as the eye could see, stretching in both directions.

Off in the distance, the old man noticed a small boy approaching.  As the boy walked, he paused every so often and as he grew closer, the man could see that he was occasionally bending down to pick up an object and throw it into the sea.  The boy came closer still and the man called out, “Good morning!  May I ask what it is that you are doing?”

The young boy paused, looked up, and replied “Throwing starfish into the ocean. The tide has washed them up onto the beach and they can’t return to the sea by themselves,” the youth replied. “When the sun gets high, they will die, unless I throw them back into the water.”

The old man replied, “But there must be tens of thousands of starfish on this beach. I’m afraid you won’t really be able to make much of a difference.”

The boy bent down, picked up yet another starfish and threw it as far as he could into the ocean. Then he turned, smiled and said, “It made a difference to that one!”

If you have management responsibility, you have control over certain situations. Keeping your eyes and ears, heart and mind open to new ideas just might make YOU the one who can make a difference.

We who attempt to provide coaching services to executives and business owners operate like the little boy on the beach. Yes, there are thousands of professionals who go to work every day, trying to do something right. For managers, you model your behaviors after others or you “fake it ’til you make it.” Those of you in executive roles have an even greater burden to establish vision and guide direction, navigating troubled waters.

Occasionally, someone in a leadership role, whether elected, selected or neglected, decides to ask for some help. You know there is more, but you have no idea where to go or how to get there. 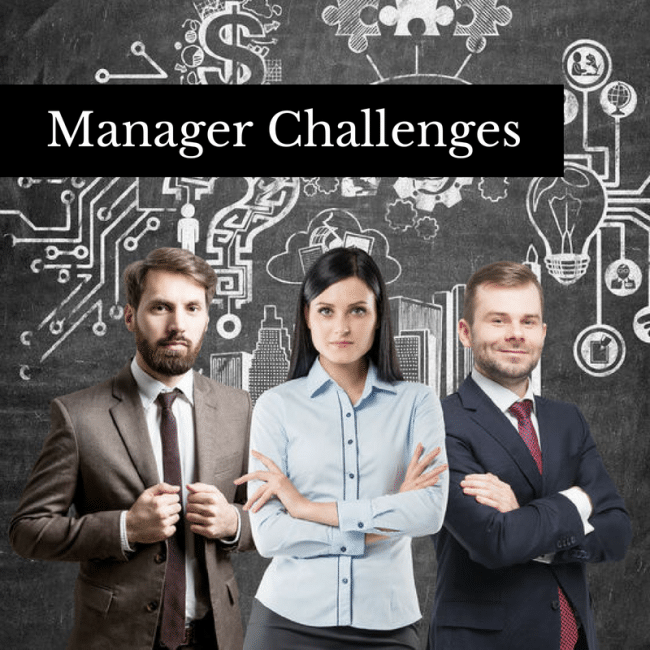 As I meet with clients, here are some of the common themes I hear.

I want to do something really different from where I am but the company culture won’t allow it. First let me say, how sad an indictment. When a well-meaning manager feels so bound by the culture that they are afraid to act, you have a pretty lousy culture. No empowerment. No inclusion. And even less diversity.

I tell these folks to be bold and ask for the ear of their boss. Share openly, but candidly without making threats or pointing the finger as to blame someone. Instead make it a suggestion i.e. use a “no harm, no foul” spirit in the discussion. Don’t challenge the boss but offer your idea as an observation and suggestion.

I have no clue what I need to do next. Truer words have never been spoken. But few managers ever come close to saying this out loud. Finding the right Master Coach may be a huge blessing. Why? Because speaking the truth about your situation may be the fastest way to resolution and achievement. You cannot make a change if you don’t name the issue.

I am so busy, some things just have to wait. There are busy calendars and there are effective people. Usually, both never meet. Said another way, when I see calendars booked 2 deep, I seldom see a powerful, influential leader.

Instead, I find a frustrated, tired, and burned out human being. How does your calendar look? Have you found effective ways to better manage the demands on your time?

It’s time to get serious about delegation. There are likely many things you can ask others on your team to do. Trust them and let them fly.

Free up space on your calendar to reflect. Create some margin in the time you have each day.

The solution is not perfect, so I need to wait before executing the plan. It has been said that Perfect is the enemy of Good. I believe that. While I’d never advocate for going off half-cocked and ill-prepared, I’ve seen far too many projects stifled by over-thinking in the spirit of perfection. You won’t ever achieve perfection.

Perfect is the enemy of good.

Even the Appolo moon shots had some degree of chance in the tiniest of components.

I need to figure out how to be like George or Sally. No, you don’t! There is only one of you and that job is taken. Become the best version of YOU. Forget matching up to others. Give yourself the freedom to act as you know best. Sure, get good data and be informed about your decisions, but don’t let someone else’s personality or style impact who you need impact. Stop comparing to others.

These are just a few of my observations. Hope you enjoy. Feel free to send me your favorites. I am sure I’ll have a story to match up.