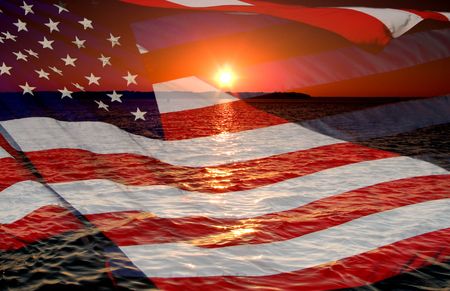 When I awoke early this morning, I was excited about the day and weekend ahead. My adult children are all assembling for the weekend. There will be food, fun, swimming, food, laughter, adult beverages, food, more swimming, did I mention food?

Yet I found myself pondering the day and its original meaning. Being a military vet myself, I routinely take a degree of pride in the various national holidays that honor and recognize the sacrifices of many who stood for the cause of liberty, democracy, and independence from tyranny. While I processed those thoughts, I realized I have a very unsettled and perhaps troubled heart about our current state of affairs as a nation.

First, we are suffering from a void in national leadership. I am not speaking of a political party thing here, but a systemic void. Neither party has been able to build a strong base of bi-partisan support for any of the key issues we face. No one person has been able to lead from the front. Oh yes, we have the high profile individuals who are filling the positions of leadership; President, Chief Justice, Speaker of the House etc., but none of them can truly inspire the country as a whole. While they have their respective and intensely vocal fan base who allows them to be elected, re-elected or selected for their position, we are galvanizing and polarizing as a nation at an alarming rate. The undercurrent I feel is troublesome.

Why should I feel this way? In the past three years I have conducted business from coast to coast. I have hired and managed hundreds of fellow Americans who were impacted by the economic crisis of 2007-2009. I have coached and interviewed thousands of other workers. My collective observation having spoken with these people and watched their personal values and agenda play into the workforce suggests we are divided as a nation. Please understand, I am not condemning these actions. I am merely expressing a concern for the way in which good people have been forced to adopt survivalist mindsets at work. By in large, it’s a free-for-all. As I have experienced it in the past three years, the proportion of the work force is small, who truly can arrive at work ready and willing to deliver a good day’s work for a fair wage i.e. the “old fashioned’ values demonstrated by our forefathers. The majority will report in / clock in and commence to find ways to either argue for the sake of argument about what is being asked of them or simply find ways to assert their “entitlements” like break times, lunch times, and personal times. I am not qualified nor do I care to opine on the psychological and emotional reasons for such behavior. But I can tell you it concerns me greatly. I firmly believe this is largely because of failed national leadership. The mixed messaging, uncooperative approach, and almost combative nature that our so-called leaders demonstrate daily among themselves permeate the very fiber of this country.

I hereby declare an Independence Day from this kind of selfish, entitlement based arrogance. I challenge my fellow Americans to watch closely during the next election and select wisely. Become an informed electorate. And above all, let’s pray for God’s favor to raise up a group of leaders who can truly lead.