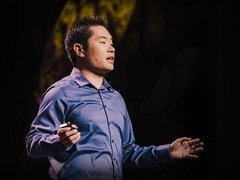 Rejection – Does hearing the word strike fear? Do you fight the thought of rejection when you launch new ideas or need to ask your Board or your CEO for something? Have you ever let your thoughts about being rejected keep you from ever asking a question or taking action? Even at the highest levels of executive leadership, the fear of rejection can be crippling.

Jia Jiang is a young man with a brilliant mind. He tells a compelling story about his own experience with rejection as a young boy, something that defined him well into his young adulthood. Then he decided to make a difference. He chose to fight his own fears and doubts. He dedicated 100 days to seeking outright rejection in the hopes that he might get desensitized to its paralyzing power.

Instead of just accomplishing the goal to learn how to handle rejection, he discovered something far more powerful. Even before the whole 100 days was completed, he began to see patterns in people’s behavior as he asked for crazy things, all the while intending to get rejected.

Rejection, or the fear of being rejected, is primarily driven by our own bad thinking. Often stemming from some early childhood embarrassment, we all carry some level of fear about being rejected. Likely you will not have the time to do what Jia did with his experiment to overcome his own fear of rejection, but the lessons explained by Jia are very powerful.

Hear his full story in this TED talk from 2015.