We are remodeling a bathroom and are in search of the holy grail—a certain rug that we saw somewhere that we should have bought when we saw it but didn’t. Our bad.

We were unable to find the thing online as it is so hard to judge textured items on a website, forcing us on a store-by-store quest last weekend. Our eighteen-month-old grandson joined the adventure.

We arrived at a the mall that had three potential targets, all relatively close to each other- Pier 1, Home Goods, and Ross. Yes, we had already been to an actual Target.

We loaded the 30-pound toddler into the first cart we could find and strapped him in. Home Goods had some cool rugs but not the one we were looking for. We left Home Goods to hit the next store in line, Ross. And please get over yourself. Like you’ve never been into a Ross?

When we attempted to enter the store, a security guard in full uniform, carrying a gun, (OK, she may not have had an actual weapon but remembering it that way improves the story) stops me.

“Sir, you are not allowed to bring a Home Goods cart into our store,” she said. I reacted calmly. OK, maybe not so calmly. I guess it was the shock of being hassled by “the man” when we were right in the middle of a pretty enjoyable afternoon.

I asked why and was told that it was their policy. I asked why the policy and didn’t get any discernible response.  Apparently, the end game was to get me to transfer my already-strapped-in-and-content grandson from a Home Goods cart to a Ross cart. I declined and we went our way down to Pier 1.

Being the process improvement and customer service instructor that I am, I sent Ross an online, customer service message, explaining what happened, asking them to please fix this silly policy, and I told them that there was no need to contact me.

So, bright and early on Monday morning, the store manager at that store calls me to explain their policy. He says it is a liability issue. Really?

Worried that some rouge cart is going to break loose and crash into the display of Easter clearance items? The discussion went back and forth, ending with him saying that “He doesn’t make the rules.” And there you have it.

If this guy, supposedly the highest-ranking manager at the store, did not make the rule then who did?  The policy is clearly dumb, but who makes up this stuff?

Policies like this usually appear in one of three ways.

Remember that time that Fred (every office has one) started coming in late? It was only five minutes at first but seemed to escalate over time. By the end of the month the tardiness grew to the point where 8:30 arrivals were not uncommon.

Everyone wondered why no one had said anything to Fred? Management finally noticed but dealing with Fred was always difficult. It is also possible that Fred’s manager had waited so long that he was now hesitant or even embarrassed to have to confront the issue.

That’s right. Every employee is notified that they must attend a lunch-and-learn training session on the new punctuality policy. Everyone also knows that this is really about Fred. They call it the “Fred Policy” when the boss (and Fred) are not around.

Trying to anticipate every possible event that could possibly go wrong is not a bad idea. Still, the process can escalate into silliness. It is a cultural disease. It starts small but grows and if not checked can create huge, cancerous, policy manuals.

The challenge here is to find the balance between what must be decided by policy and what should be left to the empowered employee.   I suspect that this is what has happened in the Ross cart story.

Someone, somewhere, read a story about a shopping cart mishap and decided that a policy was needed. If your organization is really good at policy writing and enforcement, be careful. Any strength, when over used, becomes a weakness.

I have some experience in managing traffic flow as I have volunteered to help direct traffic at the Houston Livestock Show & Rodeo and at my almost-mega church. You learn a lot when you are standing on the tarmac wearing a fluorescent colored vest holding a flashlight.

One of the things that constantly amazes me is the change in demeanor when you give a guy a walkie-talkie. The nice, even-tempered, well-mannered person you knew ten minutes ago can quickly transform into regimented, command barking, taskmaster.

Let’s face it. Some of us just can’t handle being put in charge. We sometimes overreact by installing rules and regulations that fit our needs and are not necessarily beneficial for the team.

When’s the last time you managed-by-policy rather than deal with issues?

Please have the managerial courage to deal directly with Fred, the strength to empower your employees to make decisions locally, and the emotional intelligence to keep your own “rules” reasonable.

Doing so will mean that people will line-up to be on your team.  See www.bigfiveperformance.com for another tool to help you be a hero in your organization.

This article was contributed by friend and colleague, Roger Ferguson, creator of the Big 5 Performance Management system. 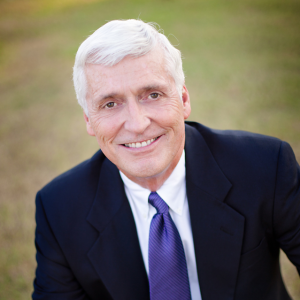