First time managers face a big challenge knowing how to channel the complaints they feel about the workplace. In a clip from the epic WWII movie, “Saving Private Ryan”, Tom Hanks as Captain Miller answers a question from one of his men about what to do with complaints.

I could not express this topic any better than the advice given in this clip.

Whether they realize it or not, political, professional, and community leaders often use psychology to influence and control their followers.

Here are 4 psychological tactics often used by leaders, both for good and bad:

This psychological device, sometimes called the “We-They Feeling,” increases cohesiveness and solidarity among members of a particular group (or political party) by focusing on an out-group. We see leaders use this all the time: “We are the good guys; they are the bad guys.” “We are right, they are wrong.” “They represent a threat to our way of life; we must preserve it.” This bias is the root of prejudice, as out-group members are vilified and tensions rise. Unfortunately, this cheap trick is used all the time in politics, by leaders both good and bad, and has led to the huge political divide between today’s political parties in the U.S.

Bad leaders really exploit this. The bad leader gains a short-term advantage—the loyalty and commitment of his followers—but there are long-term costs. It is extremely difficult when the two factions (or nations) need to work together in the future. And when we demonize those in the out-group, it can bring out the worst in people. Good leaders try to manage in-group/out-group bias by focusing on common goals (also known as “superordinate goals”) and working together to solve common problems or obtain common objectives.

“Do what I say because I’m the boss.” That’s a statement indicative of bad leadership. Milgram’s obedience studies demonstrated that people will show blind obedience to an authority, even going so far as to provide painful and dangerous shocks to innocent victims. But when individuals demand absolute obedience it’s a telltale sign of bad leadership—another cheap psychological trick. As children, most of us are taught to obey authority, and some continue to submit too easily and blindly follow as adults.

It is the harder path—but the path of the good leader—to allow followers to question their authority when warranted. A leader who does not consult with followers or allow any sharing of power, but instead demands unquestioning loyalty, is not only a bad leader, but one who will likely be ineffective in the long run.

Leaders are the ones who have to enforce the “rules,” and good leaders make sure to set a good example by following those rules themselves. Bad leaders tend to believe that they are an exception to the rules, and that the rules don’t apply to them because of their importance or position. Leadership ethicist Terry Price calls this exception-making.

Examples include the many leaders who engage in illegal or immoral behavior, from accepting bribes to having illicit affairs to evading laws. The best leaders possess humility. They know that the rules do apply to them and that they are moral exemplars for those whom they lead.

Common in religious cult leaders and heads of state, here the leader offers something that he or she can’t possibly actually provide, such as eternal salvation, in exchange for a follower’s complete loyalty. Religious cult leaders, for example, ask followers to sign over all, or a large portion, of their wealth in exchange for (eventual) salvation. When followers are asked to make huge sacrifices, such as giving up their money or their freedom, it creates an almost unquestioning devotion to the leader, and the likelihood for blind obedience is increased.

Whenever a leader claims that “God is on our side,” this is, by definition, an unrealistic exchange. (How can a leader know that?) Consider this wonderful quote from Abraham Lincoln, a good leader: “My concern is not whether God is on our side; my greatest concern is to be on God’s side.”

This article was previously published by Ronald Riggio in Psychology Today. Content is used by permission.

Ronald E. Riggio, Ph.D., is the Henry R. Kravis Professor of Leadership and Organizational Psychology and former Director of the Kravis Leadership Institute at Claremont McKenna College. Professor Riggio is the author of over 100 books, book chapters, and research articles in the areas of leadership, assessment centers, organizational psychology and social psychology. His most recent books are Leadership Studies (Elgar, 2011), The Art of Followership and The Practice of Leadership (Jossey-Bass, 2008, 2007), Applications of Nonverbal Behavior (co-edited with Robert S. Feldman; Erlbaum, 2005), and Transformational Leadership (2nd ed.), coauthored with Bernard M. Bass (Erlbaum, 2006). Professor Riggio is an Associate Editor of The Leadership Quarterly, and is on the Editorial Boards of Leadership, Leadership Review, Group Dynamics, and the Journal of Nonverbal Behavior, and he was the originator of the Shoptalk column at the Los Angeles Times, a Q&A column dealing with workplace problems/issues.

Discusses the latest research from leadership scholars and organizational psychologists, presenting the information in a useful, “how to” format.  If you want the latest leadership and work-related knowledge, find it here. Read now.

In my early years of banking, I was a junior officer of the bank, managing a small operating unit. While in a meeting one day with a group of fairly senior department heads, I was verbally attacked by one of those guys. The man who jumped me was somewhat famous for such outbursts, but nonetheless, it really got to me.

I went home still seething. Sleep did not happen. I made a plan.

This is a recent post by a good friend and fellow coach, Mike Lejeune. Mike is a senior HR professional who has coached and mentored hundreds of key officers across a wide variety of industries. He hosts his own blog called “Simple Leadership“. Here is his post. 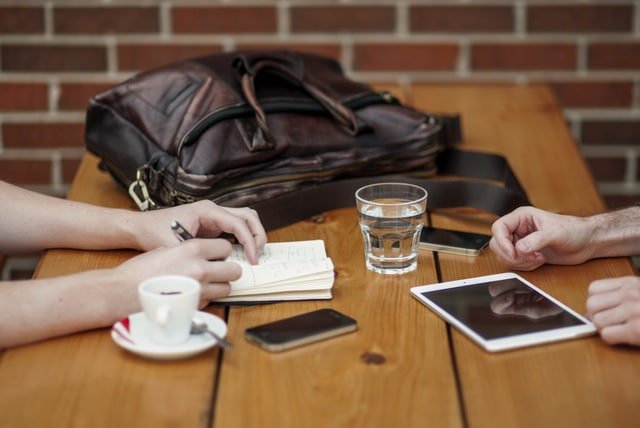 In one of my last posts I introduced Rick Gillis‘ book “Promote”. Part of his six key thoughts about proving your worth in the workplace is to provide your boss and your company an accomplishments based story. So today, I want to delve further into that aspect of how to make a job stick.