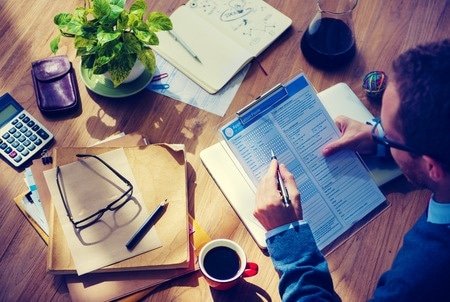 As a leader, finding and motivating great talent is a challenge. If you already have a team performing at a high level, how do you sustain that as people move around? Is there a secret sauce you’ve found for selecting your team? What if you could map both a personality and a behavior mindset pattern that ties to your top performers?

If you had such a pattern map, you could select new recruits based on that match. Sounds great, right? Well it’s not some new Hollywood movie. It’s here and now.

Science and technology have significantly influenced what we now know about leadership and management. In terms of assessing what makes a good team tick, we can do a great deal to define the attributes to look for in new employees while we are going through the hiring process.

Several years ago, I was introduced to just such a model. I asked my team to each take an assessment. There was a series of questions and examples of various thoughts for the candidate to weigh in on. The assessment checked areas like cognitive reasoning, learning capacity, sociability, manageability, and other areas.

When the results were tabulated, I identified my highest performers, not based on this survey, but based on factual experience I had by having them on the team. Then we compared my list of top performers to their responses for the items on the assessment. Sure enough, a very distinct pattern emerged.

Of course there were highs and lows in a range of the applicable attributes, but a pattern existed nonetheless. Now I was equipped with a benchmark from which I could compare future job applicants. By having a new candidate take the same assessment, I could determine whether this person fit the success pattern.

If they were a fit, the odds of making a “good hire” were increased significantly. Much to my excitement, the theory worked. Once we began applying the new measurement, our selection process and the subsequent success of the employees we hired improved dramatically. Team performance grew steadily.

Using the assessment tools is never about scoring. There are no right and wrong answers. People are different. Any aspect of numbering or metrics is purely used to place each person on a scale of attributes that help determine fit in the job. Think of the scale as simply as hot versus cold. Certain attributes make someone a hot fit (got to have them) for the job as opposed to being a cold fit.

The logic in this approach makes very good common sense. You wouldn’t hire a bunch of engineers to do heavy lifting on a freight dock. Nor would you put a team of welders in a library to stack books. The contrast is not just about physical or academic/technical profiles. No, it’s about core personality attributes as well. The mindset the person brings with them into the job determines as much about job success as the technical skills they have. Training can help once a new person joins the team, but innate mindsets cannot be trained. Therefore, being able to identify and make selections based upon proven patterns for success sets the stage for better outcome.

To be accurately matched for a job based on personal demeanor and temperament can mean as much as the technical ability to perform the job.

Using tools like these assessments provides executives at all levels greater confidence in their ability to understand what makes a team tick. Once you achieve a level of success, you can strive to scale the team by deploying these assessment models on a regular basis, particularly for new hires and employee movement within the organization.

Functional changes across various departments can be factored into the scale as well. To the extent every department has its own key measure(s) of success attributes, employees considering an internal move can be evaluated on the measurable patterns established for each department.

An employee who is a rock star on one team may not be so strong in another. Having the tools to assist with placement and deployment can significantly improve a company’s ability to maximize their talent.

Putting It to Work

I rely on these assessment tools to help companies identify job matches with existing staff as well as establish methods for improving hiring selection practices. Executives and business owners who are not familiar with these tools can find great value in having their teams take the assessments for the first time.

When I go into an organization and they submit to performing these assessments, there has never been a time when something of great value was not revealed. Taking the assessment is easy and does not take a long time. Results are available immediately. Now, you might need a trained professional to help you understand what the results tell you, but once you’ve been through the basics, the core meaning can be easily interpreted.

It is not uncommon for HR departments to take on the role of becoming the repository of the assessment findings so that later personnel actions like internal promotion and transfer (hiring from within) can be managed using the data from the assessment. Again, the results of these assessments are not “the final answer”, but they will provide incredible insight for making more informed personnel decisions including initial hiring decisions.

Whether dealing with new hires, high potentials, employee retention, or employee development, using the new tools that are readily available today can make a big difference.

If this still sounds too vague for you, simply think of these assessments as ways to get an indication of “can do”, “will do” and “want to”.